More than 500 guests gathered to celebrate International Women’s Day with the theme of the third Change Our Game Lunch focussing on women in sport and the media.

The event featured a keynote address from broadcaster Tracey Holmes and a panel that looked at the rise and continuing challenges of the coverage and broadcasting of women in sport. The Hon. Martin Pakula, Minister for Tourism, Sport and Major Events announced that the Victorian Government would continue to support the Change Our Game Scholarship program, ensuring the continuation of the popular program that assists women to access professional learning and development opportunities to enhance skills in sport and recreation leadership and management.

Minister Pakula also highlighted the role the government plays in providing the infrastructure for girls and women to thrive in sport.

“The government will be a constant, a reliable and a resolute partner of women’s sport,”

“Together I just want to see us all provide that encouragement and that role modelling for young girls to reach for the stars,” Minister Pakula said. The Hon. Linda Dessau, Governor of Victoria and an instrumental player in the formation of the Essendon Football Club Women’s Network, the first such coterie group in the AFL, told of her many memories enjoying sport at all levels and the importance of continuing to strive for equality.

“We will prosper when we have gender parity in our community, and when I say we, I do mean we.”

“Men and women share a collective responsibility to ensure that one day, hopefully in less than the 108 years that’s predicted, we do have gender parity in our country. Where men and women are treated equally and it’s not just seen as a women’s issue – something for women to worry about for women,” Ms Dessau concluded. 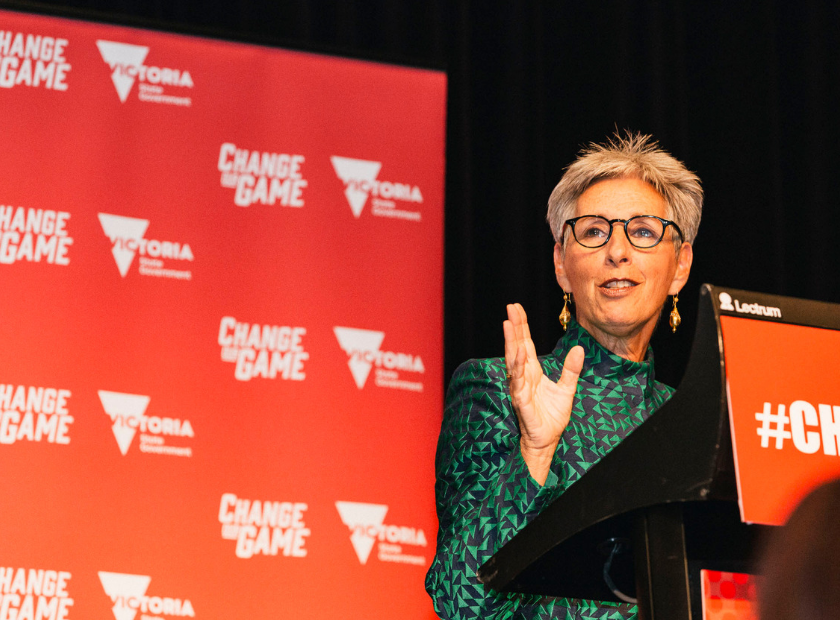 Director of the Office for Women in Sport and Recreation, Dr Bridie O’Donnell, highlighted the portrayal of women in sport’s media, talking about some of the great sporting moments that have moved her and questioned how stories in the future can be elevated.

“We know that there are beautiful stories and gut-wrenching stories and images that are powerful. They need to be shown, and they inspire all of us, but there’s a lot of work to do.” “We need to hear more women’s voices commentating too and need to see more women writing column inches in magazines and newspapers,” O’Donnell said. Leading radio and TV sports broadcaster Tracey Holmes delivered a keynote address that touched on a range of issues including the importance of language in sports coverage, inbuilt bias and ensuring sport is the canvas that reflects our society.

“To report on the Australian Cricket Team, it is always the men’s team. Yet we always say the Australian women’s cricket team which diminishes the women because by default it means they are not “the” national cricket team. And yet – they are both equal, our national teams.” 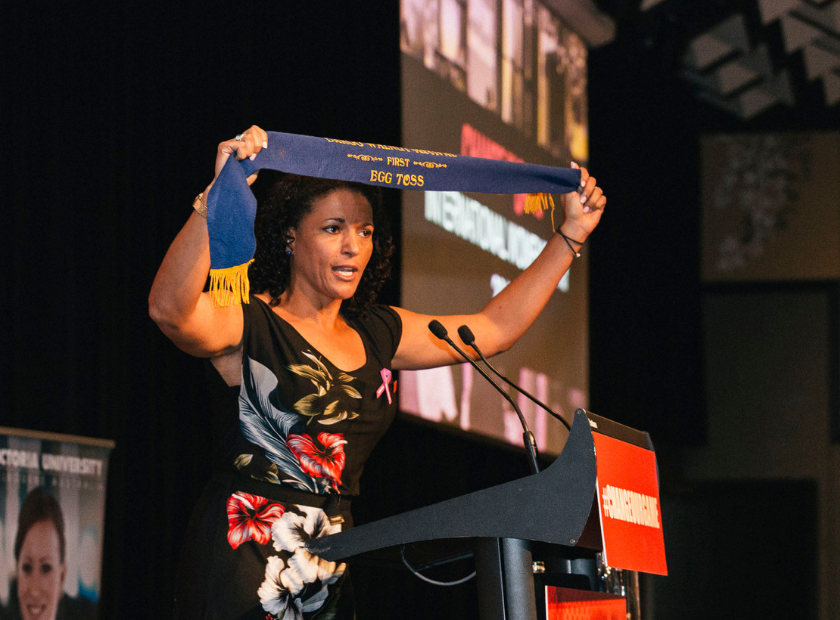 Holmes challenged the audience to contemplate what they see in the street versus what they see on our screens when it comes to women’s sport.

“When we walk out of here today, have a look at the street. Have a look at what Australia looks like. When we look at a lot of the sports teams that represent us, or the board rooms that cover sport or the commentary teams that describe it for us, they don’t look like the streets we walk down. Maybe it’s our next challenge, so that those teams and board rooms and commentary teams and everybody involved in sport actually all look like the country we live in,” Holmes said.

Whately said whilst the actual levels of coverage of women in sport still trailed well behind men’s sport in terms of percentage of coverage there were many positives from global research which identified key value propositions and brand positioning of women’s sport.

“Women’s sport is seen as far more family friendly, far more socially responsible and inclusive and far less aggressive than men’s sport. You package that all together and when you’re going out to speak to a brand about why you should partner with women’s sport vs men’s sport, that really presents quite a compelling case,” Whately said.

Shaw, who has spent the summer covering men’s and women’s cycling events, noted that 70% of the audience watching the women’s road races were men. But added that, “When my kids want to cut a story out of the paper for a project, it’s virtually all men’s sport stories… that needs to change.”

Jones, who has been a constant on our television screens this summer with her coverage of both men’s and women’s cricket, concluded by urging all those who support women’s sport to find their own voice.

“It’s about how you can you use your voice in this conversation and don’t feel as if you always have to be one right at the front all the time. Maybe that’s not your place at that time, but there might be another occasion. And if that occasion arises, I challenge you to back yourself,” Jones said.

The Office for Women in Sport and Recreation thanks Victoria University, a supporting partner of the event.