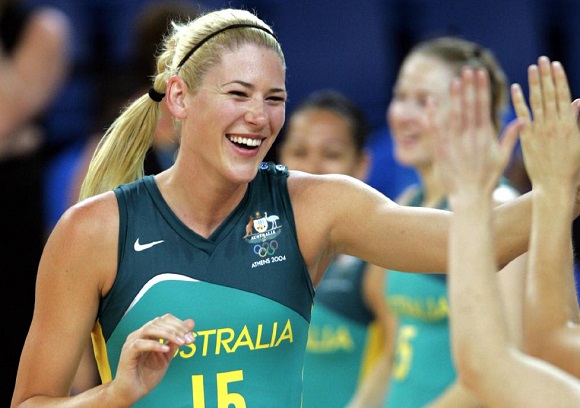 A recent Basketball Australia Hall of Fame inductee, Lauren brings a lifetime of basketball experience to the role, which includes time with the Deakin Melbourne Boomers as the Assistant General Manager and with the ACT Government as a Senior Project Officer.

Her role will provide leadership across the Chemist Warehouse WNBL operations, promotions and marketing, and stakeholder engagement.

In an advisory role to Basketball Australia, Tal will work with Lauren and key stakeholders to create a whole of sport strategy for women and girls, aligning both the WNBL and broader women and girls in sport action plans.

“There is an opportunity for Basketball Australia to build upon its strong foundations and its leadership role of women in sport. Both Lauren and Tal will work on a new strategy for women and girls in basketball, from grassroots participation to community programs and leagues, the elite level, coaching, officiating, administration and governance,” she said.

“We are committed to increasing the number of women and girls playing basketball and following the Chemist Warehouse Opals’ recent success at the FIBA World Cup we want to maintain our place in international basketball by providing the best competitions and high-performance pathways.

“Our Australian Opals and the WNBL competition are very strong, but we know there is so much more we can do to support women in our game. Women in sport both here in Australia and indeed globally have enjoyed a wave of recognition in recent years and we want to ensure women in basketball continue to lead the way.

“I welcome Lauren and Tal and look forward to the exciting period ahead.”

Lauren said she was looking forward to starting the role.

“After playing for two decades I’m so pleased to be able to continue to play a part in basketball as an administrator. We have outstanding players in this country and I want to ensure our place on the world stage remains strong while giving all young players the opportunity to play and love basketball.” Lauren said.

Tal said the opportunity to support Basketball Australia was too good to refuse.

“Basketball is an exciting, global game with more than one million participants in Australia. I’m passionate about providing opportunities for women and girls to participate – as players, but also as coaches, referees and administrators,” she said.

“I’m looking forward to working with both Jerril and Lauren and key stakeholders in developing a strategy that will create strong foundations for the coming years.”

Both Lauren Jackson and Tal Karp will commence with Basketball Australia in July.

The 2019-20 Chemist Warehouse WNBL season will commence in October.