On 11 November 2019 trail-runner Lucy Clark will be embarking on the adventure of a lifetime – running the length of New Zealand via the Te Araroa Trail (3,054km) in under 70 days.

Only two women have run the course since it opened in 2011, both from the UK. Lucy will be the first Australian women to run the trail and is aiming to set the Fastest Known Time for a woman. This is currently held by Mina Holder, who completed it in 77 days and 10 hours in 2015.

Lucy stumbled upon the Te Araroa Trail in 2017 and got the idea of running after discovering only a couple of females had done so.

“I’m inspired by other fierce women who are pushing boundaries and shattering stereotypes – Camille Herron, Courtney Dauwalter. They are going on amazing adventures and setting records” she says. Lucy will run between 30 – 70kms everyday and will supported by her husband, who will follow in a campervan. Lucy will spend most nights in the van however there will be some long stretches of trail where support isn’t possible, and she will be required to stay in backcountry huts and be fully self-sufficient.

“This challenge is exciting, but it is also scary. It will push me to my limits and there is a chance I might fail. But it would be an even bigger failure if I didn’t at least give it a go. I hope this might inspire other women to chase their crazy dreams” she says. 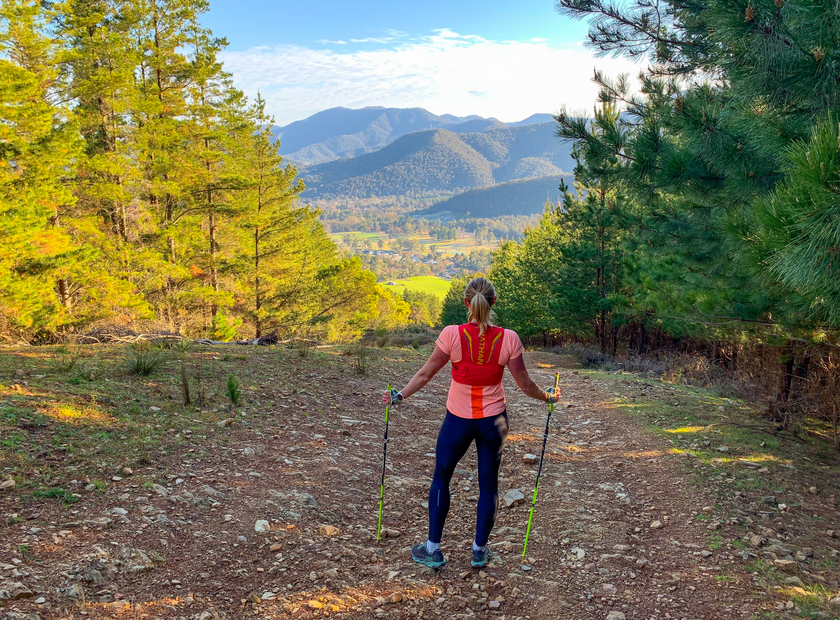 The Te Araroa Trail is one of the longest walking routes in the world and runs the full length of NZ from the top of the North Island in Cape Reinga to the bottom of the South Island in Bluff. The total elevation of the trail is equivalent to summiting Everest 9 times.

Dr Bridie O'Donnell, Director of the Office for Women in Sport and Recreation who, in 2016, became the first Australian woman to make an attempt on the UCI World Hour record in 15 years, and set a new world record of 46.882km at the Adelaide Superdrome provided Lucy with some words of support

"As a person who chased her own crazy dream I am in awe of Lucy's aspiration and will be eagerly following from the couch" Dr O'Donnell said.

For more information on Lucy's adventure go to www.adventurouslucy.com