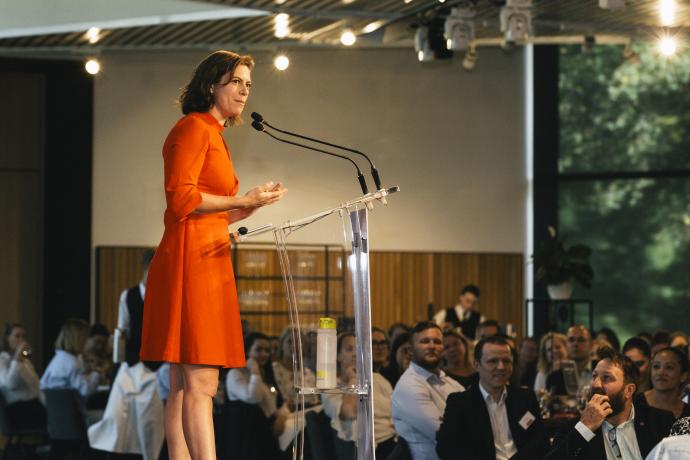 Dr Bridie O’Donnell graduated as Valedictorian from the University of Queensland Medical School and won the J R S Lahz Prize for Most Outstanding Intern at the Mater Hospitals in Brisbane in 1999. Between 2000 and 2006 she was a rower and then an Ironman triathlete, and finished the Ironman Hawaii World Championships in 2006.

In 2007, she began road cycling and shortly after won the National Time Trial title, and placed on the podium in 12 Australian and Oceania Championships between 2008 and 2016. From 2008 to 2012 she raced in the Australian National Team, and then Professional Italian teams in Europe and the United States, representing Australia at three World Championships.

She went on to manage and race in a top women's national cycling team and is also a seven-time national rowing champion. As a physician at the Epworth Hospital, Bridie was also a leading voice in the medical community using her unique background in medicine and sport to empower and inspire female cancer patients to improve their health and wellbeing through motivational behaviour change and exercise.

In 2014, Bridie took on a role as a breast physician at the Epworth Breast Service. Here her work involved reviewing long term breast cancer patients and counselling them about exercise, weight control and preventing recurrence of breast cancer.

Her particular clinical interests lie in using her skills in motivational interviewing and behaviour change to improve the health and wellbeing of her patients.

In 2016, she became the first Australian woman to make an attempt on the UCI World Hour record in 15 years, and broke the National record, the Masters record and set a new world record of 46.882km at the Adelaide Superdrome.

In November 2017, Bridie was appointed the inaugural Director of the Office for Women in Sport and Recreation by the Victorian Government.

In her role, Bridie has been integral in promoting and enforcing the messages of the Office of Women in Sport and Recreation.