Our Grads at the Wheelchair National Championships

The Wheelchair AFL National Championships were held at the Diamond Valley Sports and Fitness Centre at the end of November 2022, with two previous Change Our Game Women in Sports Broadcasting recipients – Hannah Kuhar and Kate Robinson – commentating the event. Kate Robinson, an Iranian Australian podcaster and family violence lawyer, fell in love with Wheelchair AFL after her first experience boundary-riding and commentating the sport.

“Initially I was very nervous, but I soon realised that Wheelchair AFL is filled with incredible stories and such a strong sense of community. It was an absolute joy to interview players who often had never been on TV before but were so excited to talk about the sport. I loved promoting the competition and showing just how competitive and fiery Wheelchair AFL can be.”

It was the first time that teams were represented at the National Championships from every state and territory, with Victoria Blue defeating South Australia 87-25 in the Division 1 Grand Final. 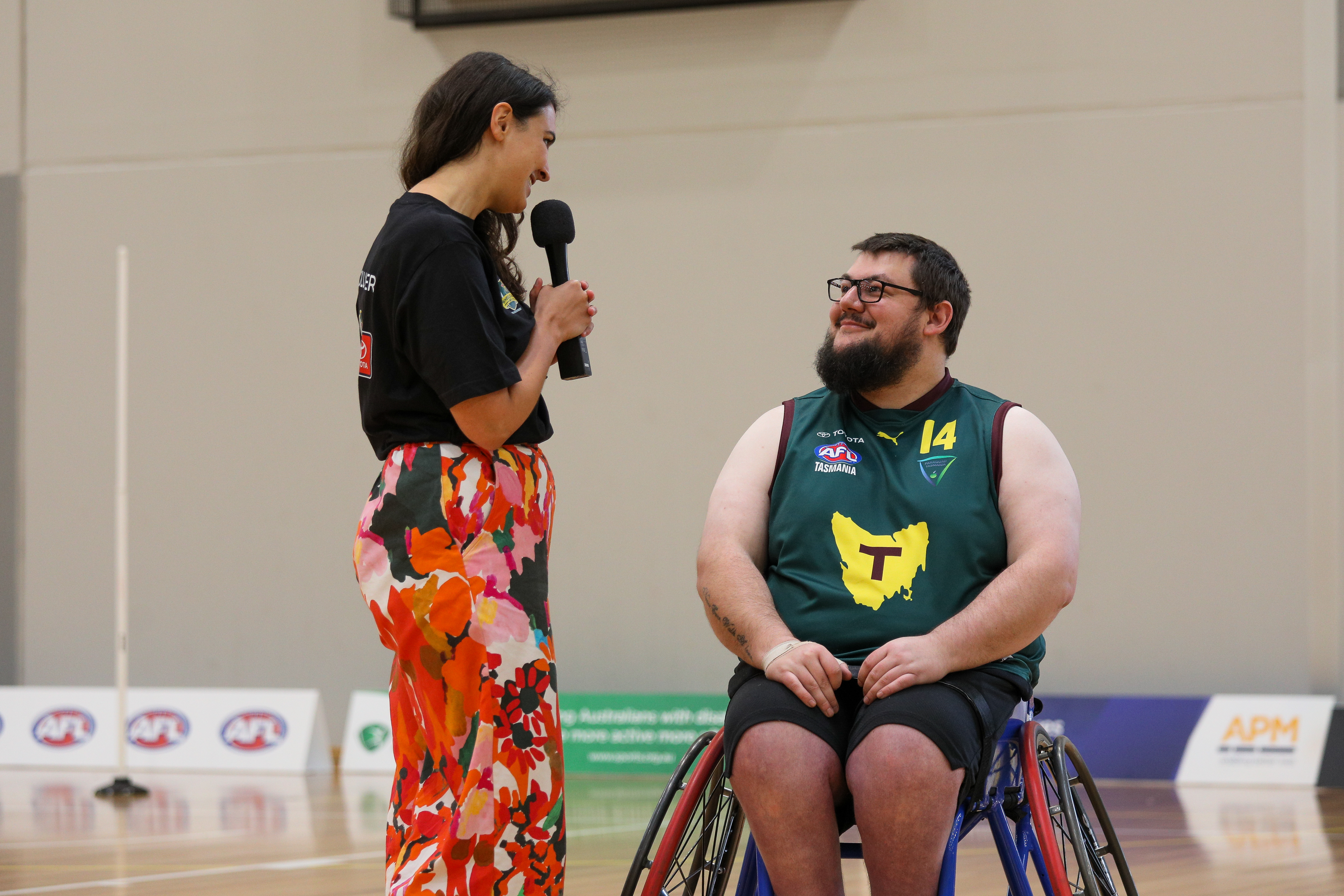 Hannah Kuhar, Associate Producer at Fox Cricket (and sports analyst at ABC and SEN) said her highlights from the tournament were receiving the call-up to commentate the Division 1 Grand Final and the Celebrity Match.

The most gratifying moments for her, however, were the text messages she received from friends in the wheelchair AFL community post-Championship, who appreciated the insights and perspectives she was able to share throughout the week.

Hannah said, “It can be daunting to broadcast real-time judgements and perceptions of athletes and sporting teams across mainstream media, but working alongside experts such as broadcast extraordinaire Jono Farr and Wheelchair AFL legend Brodie Healy, I knew that my Wheelchair AFL debut was in safe hands!” The Disability Sports Australia team not only facilitated the opportunities to be involved in commentating and interviewing players, but also made sure Hannah and Kate had the appropriate mentorship and advice to thrive.

“It's not just about giving women a seat in the commentary box, but making sure that we have the support to feel comfortable - this was definitely the case at the Wheelchair AFL National Championships.”

Hannah echoed her thoughts, thanking the Change Our Game Women in Sports Broadcasting Program for providing her with both the access to opportunities and the confidence required to commentate events such as the 2022 Toyota Wheelchair AFL National Championships.

“Being surrounded by aspiring sports broadcasters and having the sponsorship of mentors such as Emma and Lucy Race has resulted in me being in the right place, at the right time, with the right mindset, more often than previously. Sport succeeds when it includes everyone. By extension, sports media should act no differently,” Hannah said.