Leaders recognised for their off court contribution The Victorian Sport Awards is the night of nights for the Victorian sporting community; celebrating participants, coaches, organisers and the volunteers behind the scenes from all levels of sport in Victoria.

Amongst the impressive line-up of winners were two leaders who, over many years, have excelled in their ‘off court' roles.

Rosie has been instrumental in the funding of the State Netball & Hockey Centre (SNHC) in the 2018/19 budget. Working across all levels of government, and with a wide range of stakeholders, Rosie has elevated netball and the needs of the netball community to advocate for the redevelopment of SNHC to become a true home of both netball and hockey in Victoria. Rosie is an inaugural Change Our Game Champion, a Director of the Australian Paralympic Committee and continues to drive positive change, both within the netball community and beyond – leading from the front to create opportunitites for all Victorians. 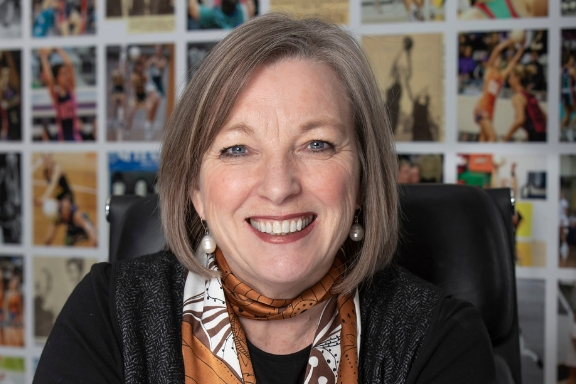 “I am incredibly humbled to receive this award, and to share this honour with Karen Pearce is something really special; how lucky we are to be recognised for something I genuinely love doing." Rosie said following the ceremony.

“Sport connects with communities in a truly authentic way and gives us the chance to champion social change and shine a light on issues that have been on the outside for too long – gender equality, multicultural groups and those with a disability, just to name a few.”

Similarly, Karen Pearce has been a leading force behind Basketball Victoria’s inclusion programs over the past decade. With almost 20 years of experience at Baskeball Victoria, Karen has worked extensively on the orginasations strategic plan, developed school programs and assisted with the applications for government funding. Karen has a strong understanding of the structures, capacity, accountability and complexities within the business of sport and has a vision to see sport continue to evolve and revolutionise for the future.

Karen’s contribution was recognised in 2018 when she was awarded a Change Our Game Scholarship. Since then, Karen has broadened her skills, recently completing the Women in Leadership Program run through the Melbourne Business School.

“I am honoured to have received this award alongside Rosie King. I am so blessed to have always had an amazing team around me that all share the same philosophy, drive and passion to use basketball as the vehicle towards socially inclusive opportunities and outcomes. I thank each and every one of you who care and have the courage and commitment to always drive this inclusion agenda - you are making the world a much better place.”

Congratulations to Rosie, Karen and all the other award recipients.